I had a dream about my dog Maddie last night. Maddie died in March of 2006 and she taught me many things about mediation and working with people. Maddie was a mini-schnauzer and was raised with her litter mate sister Molly until Molly died on 9/11/2001.

Shortly after losing her sister, Maddie became ill and early in 2002 was diagnosed with insulin dependent diabetes. She then developed cataracts and went blind (see that sweet blind stare in her eyes). In the end her going blind was harder on me than it was on her… she did not miss a beat. So what does this have to do with mediation….?

As Maddie was going blind I found a book about Living with a Blind Dog to help “me” cope. When you have a blind animal you often have the urge to help them….. and as in mediation, sometimes helping them is actually hindering them.

One of the best things I learned from the book was that you should NEVER pick up a blind dog and transport it to a new place and put it down…. you may see this as helping, like carrying your dog from the front yard into the house…. or from one room to another in the house. In reality it confuses the dog. Blind dogs have the ability to cognitively map their surroundings, so Maddie always knew where she was and what obstacles were ahead of her. By picking her up and moving her somewhere new and just putting her down…. it would confuse her. She would not know where she was or how she got there….. it would take her a minute to adjust and figure out what just happened. Instead of picking her up, it was best for her if I would stoop down and lead her to where we were headed, that way she learned for herself how to move through the world and when she ended up somewhere, she knew how she got there.

This is the same in mediation and one of the reasons I do not believe in giving suggestions or my opinion to the parties. The parties in a mediation need to know how they reach the resolution, if they come to one… and they need to know the obstacles if they are unable to reach resolution. As mediators we may feel the urge to be helpful and pick the parties up and drop them off at a resolution that we think makes sense. The problem…. when the resolution starts falling apart the parties are not sure how or why they came to it, so they are unable to problem solve keeping it together and they don’t “own” it. So, next time you are tempted to pick up the parties and take them to the resolution room, remember my baby “Maddie”…. and stoop down and encourage them to the path of resolution and let them find the way themselves.

Posted in Blog, For Mediators and tagged animals, mediation 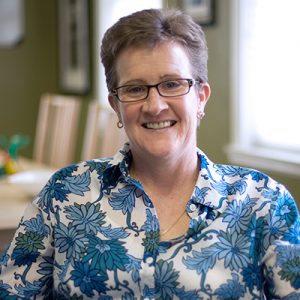