This is an article previously published in ACResolution Magazine, Winter 2009 ACRnet.org

“Mediation with Same Sex Couples – It’s Not Straight Forward”  By Kathy Elton
A couple of years ago, my partner and I spent the weekend with a male friend who happens to be a mediator. His wife was unable to join us, so it was just the three of us. One night we stayed up late and somehow my partner and I ended up telling him the details of each of our past relationships. 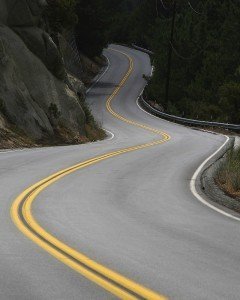 The next morning our friend brought up the discus-sion and asked if we were OK. The question was unexpected because there was no reason, in our minds, not to be OK. He went on to share that the topic of our past relationships and the way in which we talked about those relationships in front of one another had made him uncomfortable. He said that if he or his wife were to discuss a past relationship in front of the other, it would create negative tension between them. He could not imagine that we did not react in a similar way.

That experience has stayed with me and when I came across research that outlined the similarities and differences between same-sex and cross-sex couples I was intrigued. In this article, I will review some of the research on same-sex couples in conflict and make suggestions for mediators based on my own experience that reinforces the research.

Given the research, mediators working with same-sex couples should consider the following:

Understand your own comfort level with high emotion

I believe that all mediators should be aware of their own com­fort level in regard to conflict so they do not intervene because of their own discomfort. We, as mediators, should only inter­vene when the conversation becomes unproductive.

When working with lesbians, mediators may experience a higher level of emotion than they experience when working with gay men or cross-sex couples. My partner and I tend to express our emotions with each other in front of our family members on a regular basis. At times when we are having a disagreement with one another and I feel like we are just getting into a good discussion, a family member (often my father or my partner’s mother) will say something that is meant to calm us. During those moments, we do nor need to be calmed down and, in fact, we are both feeling very engaged and connected to one another. However, the level of emotion we are willing to express makes others uncomfortable. Is the discomfort others experience just a generic response to any emotionally laden situation? It could be, but I think it has to do with both of us being women. I also think it can be related to Gottman’s speculation that it is more accepted in society for women to emote. With a lesbian couple you get double the emotion. In the family context I do not mind being “shut down” because of someone’s discomfort with the level of emo­tion, but if I were a participant in a mediation talking about something important and a mediator intervened, it would frustrate me. Mediators need to be aware of the possibility of this higher level of emotion and should be prepared to allow the lesbian couple to engage in a way that is comfortable to them. Mediators need to be careful not to intervene because of their own discomfort when working with lesbian couples; the last thing you want to do is to shut them down, because that may increase their level of stress and frustration and derail the mediation process.

Conversely, when working with gay men, a mediator needs to be sensitive to the level of negativity exchanged between the parties. If the level of negativity becomes too high, the relationship can be further damaged. 1 still advocate for keeping my gay clients in the same room and using caucus sparingly. In instances where I would likely not intervene
with cross-sex or lesbian couples, I may intervene with gay couples, just to make sure the relationship is not negatively impacted while the couple is in the mediation process. In instances when I do intervene, I usually reveal my rationale to the parties so they do not assume I am being too controlling of the process. Once they understand the reason for the intervention, they often self-regulate or, at least, understand why I am breaking in.

The use of caucus

The use of caucusing should be limited when working with gay and lesbian couples. If you are a mediator who uses caucuses as a regular part of your mediation process, you may want to re-think this approach when working with same-sex couples. The Gottman/Levenson research basically concluded that gays and lesbians display less belligerency, domination and fear with each other than cross-sex couples. The research also found that gays and lesbians who exhibit more tension during disagreements are actually more satisfied with their relation­ships than those who remain unruffled. When working with cross-sex couples, we as mediators know that the higher the level of tension, the more trouble the relationship is in, so we may instinctively separate the parties. This can be counter­productive when working with a same-sex couple, unless the caucus is held to lessen the damage between two men.

Respect the parties and the relationship

Finally, and most importantly, as a mediator you must respect the parties and the quality of their relationship. I recommend that mediators who believe in the old myths about gay and les­bian relationships decline such cases, instead referring the cases to a mediator who understands and uses the unique techniques associated with mediating gay and lesbian relationships. In
any type of conflict, gay and lesbian clients need and deserve the same support and respect from the mediator that would automatically be afforded a cross-sex couple.